On Sunday 13th, the year 8’s of Pirongia School met up at the school at 2:00 pm to start driving down to Tongariro. We split up into our cars, packed all of our gear into them, and started our journey to the best camp we will have in our lives. The trip there was long and tiring, and because we would be at the lodge so late, we stopped at the Taumaranui McDonalds to get dinner. We arrived at the lodge at 5:00 pm, set up our cabins, and had some free time to play a couple of games.

On Sunday night, at around 12:30, there was a large earthquake. Not many people felt it, but I did, and it felt like someone had grabbed the bed and started shaking it. A little while after that, the fire alarm set off and all of us had to go outside, in our pyjamas, to stand in the cold while we waited for the all-clear. We found out that the earthquake had set off the fire alarm, and that the earthquake had been a big one. It was a very action-packed first night at the year 8 camp.

On Monday, group 2, my group, walked up to mt Ruapehu to see and play in snow. Before that, we played some teamwork games where we had to pass a ball around, so every person in our group would touch it, as fast as we could. We came up with lots of ideas, and we improved from each one. In the end, we put all of our hands together so the palm of one’s hand is beside the back of another’s hand. We got the ball to go over all of our hands in less that one second. After that, we walked up to the snow and got to play in it. For some people, it was the first time they had ever seen snow. I had thought ahead and brought a toboggan to camp so we could slide down the snowy hills. We had a massive snowball fight and built a snowman, which sadly had its head chopped off.

On Tuesday, we woke up at 6:30 and set off to walk around lake Rotoponamu. We had to follow the track and then go off the track and navigate through the bush using a compass and a map. We missed the first place we were supposed to go off the track but the second time we went off the track in the right place. We had to walk up the hill until we were at the top of the ridge, and then follow a certain compass bearing to get to the path. I got the responsibility to use the compass to navigate us to the path, and after a long time of walking, tripping, slipping and falling over, we finally made it to the path.

On Wednesday, we packed our bags to go to the over nighter. We prepared our bags, and went to the resource centre to split the food into our bags. Before we left, we got to try out the indoor rock climbing wall. We learned how to make knots, how to set up the ropes, and how to belay. I climbed three different walls, and was the first one to get tho the top of each one. The third one I did was extremely hard, and I was the only person out of all of the groups to get to the top. We left for the over nighter at 1:30, and used a compass and the map to navigate again. About halfway to the camp, there was a hazard on the map. We got to it and saw that it was a massive hole in the ground where the ground had slipped away because of the rain and the river. After what felt like an eternity, we finally got to the campsite. Before we got to relax, we had to set up our tents, dig a hole for a toilet, make a fire, and make dinner. When we were setting up our gear in our tent, we found out that Georgia had forgotten her sleeping bag, and I had to share my sleeping bag with her for the night. It was very uncomfortable, and before we went to sleep, we had a karaoke night and sang songs for half an hour. Us girls had lots of fun singing, but the boys didn’t appreciate it.

On Thursday, we had to pack up camp and start walking again. We had to find our way to the lake and kayak to the car. It started raining in the middle of kayaking, and all of us got soaked. It was nice when we got into the car and went back to the lodge. Later on that night we went to the hot pools. Me and Keita were the only people who didn’t swim, but we still had lots of fun just talking and eating chocolate. I was amazed in how much I missed proper toilets, and that how comfortable the beds were after having to sleep on the ground and having to share a sleeping bag.

On Friday, we had to pack all of our gear into our bags. It took a while, but eventually I got all of my gear stuffed into my bags. Then, we went to do the high ropes. There was a large platform, about 15 meters high, and we had to climb the rock climbing wall and get to the top. Then we were clipped onto millions of carabiners and wires, and then we had to jump off the platform. It was really scary, but I did it, and it ended up being really fun. When we were driving home, we got to stop at McDonald’s again. I got an ice cream and an apple pie, which used up the rest of my money. When we got back in the car, I fell asleep, and woke up when we got to the school. 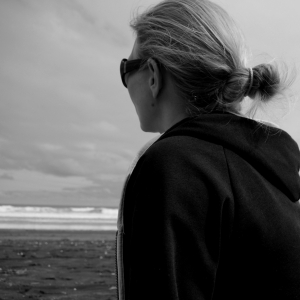